Modern living is hard to describe, in a way. We grow so accustomed to what we have that it’s often difficult to accurately and comprehensively describe every detail. Think in terms of all the modern conveniences and considerations that become relevant when that topic is in play. To make things more accurately challenging, imagine telling all this to someone from even as recent as ten years ago. Some of these little luxuries – already clearly not in the “needs” category for us but nevertheless things that make life easier and more convenient – might even seem entirely unusual to them.

Consider shaving mirrors, for instance. While some might balk at the thought of spending money on such a thing – “why not use your actual regular mirror”, some would almost certainly shout – one has to remember that image is key in many a profession these days. The more important task, arguably, is not to decide whether or not to get one – but which one to get. There are quite a few such products on the market currently, particularly fogless shaving mirrors. The fogless aspect makes sense since hot showers inevitably cause vision-impairing fog to form on mirror surfaces, which is a definite no-no for something as sight-dependent as accurate shaving. So which one is the best fogless shaving mirror? 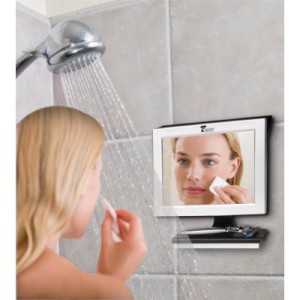 Thanks to a compartment where one can store hot shower water to prevent a fog-causing temperature imbalance, the Toilettree Products shaving mirror targets the basic science behind the matter of shower fog. Thanks to this basic technique, Toilettree claims that you won’t be needing any anti-fogging sprays – not something you want in such an enclosed area anyway, yes? – for life. The removable silicone adhesive attaches the mirror – which has a small platform for your razor – to the wall without damaging tile, while the adjustable bracket allows you to catch the best light. A self-stored squeegee helps you wipe off the water drops that filling the reservoir might leave (water, not fog). 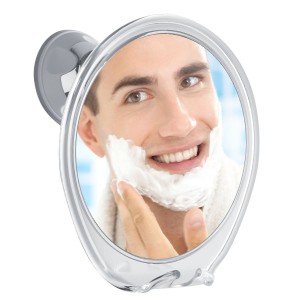 Attaching to the wall with a suction-mount twist lock (best on tiles, glass and marble), the ProBeautify fogless shaving mirror is guaranteed to be fog-free in showers reaching up to 100 degrees. ProBeautify makes sure to recommend that you avoid using any cleaning agents on the mirror as this might “degrade the fogless effect”. The armature makes the mirror adjustable with 360 degrees of motion, and a built-in razor hook allows quick storage for your shaving implement of choice. 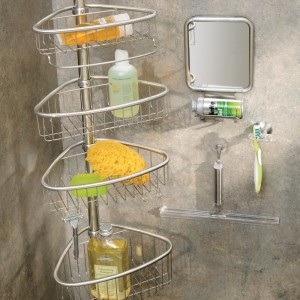 Stainless steel construction is the main draw for this fogless shaving mirror. Even the included razor hook is made of metal, and as such can be bent slightly to ensure a good grip on the razor you hang there. Some complaints tend to be that the suction cups do not hold well, especially on textured walls. While it’s no-frills and gets the job done, this may be an issue for some. 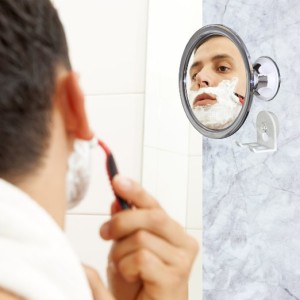 This particular model also comes with a locking suction base that powerfully attaches it to the wall (certain surfaces better than others). Somewhat unusually, it splits the difference between having a reservoir of hot water and having a fog-free coating – the surface responds well to a quick splash of hot water once in a while and clears up. The space between the mirror and the wall behind it allows the temperature to even out between the mirror and the air, not allowing condensation. While this might sound like the same amount of work you’d put in for a non-fogless mirror, reviews suggest that this model is actually quite effective at remaining fog-free. 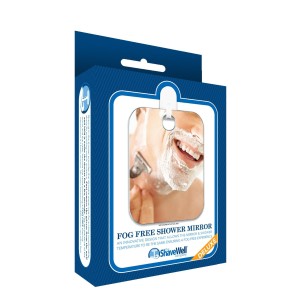 Also mainly relying on a bit of contact with hot water to render it fog-free – “hold the mirror under the shower stream for a few seconds to ‘warm it up’”, they recommend – this mirror doesn’t attach to the wall, instead hanging on a hook. The warming-up time might be a bit of a bother to some who might be in a hurry, but it’s quite effective at what it promises to do, which is equalize the temperature on both sides of the mirror and remove the likelihood of condensation. It’s worth a word of warning, though, that some users report the backing peeling from the mirror within six months.